A Blow Down to Southeast Asia’s Airline Industry

Failures and lessons to be learned in the industry. 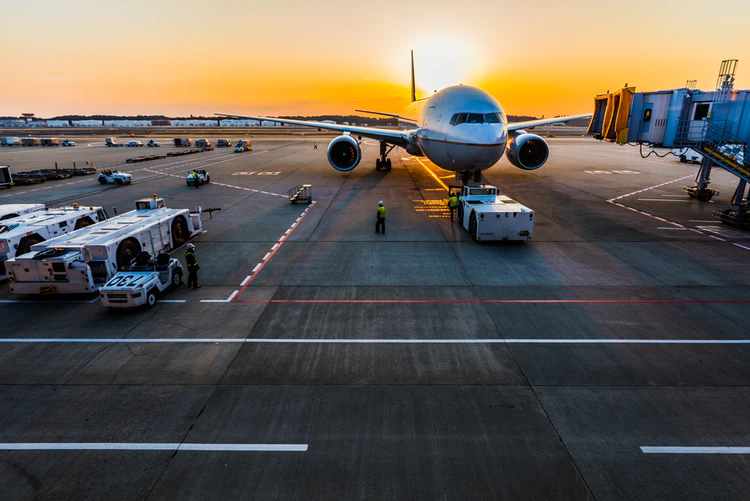 Air travel has been one of the hardest-hit industries within the period of the COVID-19 pandemic. As countries worldwide have closed their borders and lots of states and nations have locked down, aviation has declined significantly, air travel down 60%, as airline industry losses top $370 billion, with airlines suspending routes, grounding planes, and seeing low load factors on their few remaining flights. Even before the containment was adopted worldwide, airlines began to cut flights to China drastically, and other locations in Asia as coronavirus-related anxieties led passengers to avoid the region. However, what is the lesson learned from this? Keep reading to learn more.

Southeast Asia’s core countries such as Indonesia, Thailand, Malaysia, The Philippines, Singapore, and Vietnam are home to the biggest airlines in the region. Among them are rather large full-service carriers (FSCs), most being under restructuring, like Garuda Indonesia followed by Singapore Airlines as Southeast Asia’s biggest. But Southeast Asia’s aviation market is being dominated by low-cost carriers (LCCs), the major being AirAsia Group and Lion Air Group, both on their way to reach a milestone of 50 million passengers carried per year (New Airport Insider, 2014).

Indonesia is the second-fastest-growing aviation market in the world after China based on its aircraft purchases and trade value. The International Air Transport Association (IATA) stated that Indonesia is expected to be the world’s sixth-largest market for air transport in 2034. Since tourism and international trade in Indonesia have been increasing, Indonesia’s aviation industry is also significantly rising (Statista, 2020).

Amid the COVID-19 pandemic, the air passenger traffic in countries, like Vietnam, Cambodia, the Philippines, Indonesia, and Thailand, have declined by almost 50% respectively (Mordor Intelligence, 2020). This decrease in passenger traffic, as well as load factor, may affect the revenues of the airlines, which may have a subsequent effect on the future expansion and procurement plans in the coming years. Thai Airways and AirAsia X Indonesia are two international airlines in Southeast Asia that have encountered failures in the past year.

Thailand’s biggest international airline, Thai Airways, is currently on the verge of bankruptcy. In fact, the company has reportedly prepared a restructuring plan that will be reviewed by the Thai bankruptcy court (CNBC Indonesia, 2021). In the restructuring plan, the airline plans to retire three types of wide-body fleets, namely the Airbus A330, Boeing 747, and the world’s largest passenger aircraft, the Airbus A380 (Asia One, 2020). According to Simple Flying (2020), the airline announced a USD 900 million loss from the first half of 2020 and the number keeps growing until late 2020.

On September 14, 2020, Thailand’s Central Bankruptcy Court approved Thai Airways to enter into a court-supervised business rehabilitation or restructuring (Tilleke, 2020). Although the court found that Thai Airways had liabilities over total assets and shareholder equity, and was unable to pay outstanding debts, which exceeded the bankruptcy threshold under Thai law, the court greatly appreciated the goodwill of the company by submitting a petition for rehabilitation.

Air Asia X Berhad (Air Asia X) is liquidating its Indonesian arm during a bid to survive the virus pandemic that has left the low-cost airline’s planes grounded since late March. AirAsia Group Berhad’s long-haul arm has also written down its 49% stake in Thai AirAsia X (Loyaltylobby, 2020). In the process of company liquidation in Indonesia, AirAsia X needs funds to pay off debts of USD 15.3 million or around IDR 225.8 billion. This proposal for submitting funds requires the approval of investors and creditors.

AirAsia X Indonesia never really scaled up and will be seen as low-hanging to cut costs and save broader interests. The airline previously served destinations as far afield as Australia and India. It has two domestic destinations, Denpasar and Jakarta, and now still serves AirAsia Indonesia, a separate entity from the long-haul AirAsia X brand.

Lesson Learned for The Future

Many analysts have predicted that air travel will continue to be weak until 2025, as people remain hesitant to travel by air. The International Air Transport Association (IATA) said that global flights would recover by 2023. This estimate is widely seen by various parties as too optimistic, but in general, the results of expert studies have indeed shown that it will take three to five years for the airline industry to recover to 2019 levels (The Jakarta Post, 2020).

In the world of airlines, there is little question that 2020 has seen unprecedented levels of disruption. Despite the challenges, many airlines have not lost sight of their customers. They have adopted exciting new digital retailing and automatic solutions and revenue management systems to navigate changing travel demand. Here are some ways to think about running the Airlines Industry business supported by previous experiences in Indonesia.

The International Air Transport Association (IATA) within the past has called aviation ‘The Business of Freedom’. But it is not credible to only extol the virtues of creating the world a smaller place while ignoring the very fact that the present pandemic initially spread via aviation – which subsequent one could also.

The point here is one among good corporate citizenship. Some airlines rightly place tons of emphasis. Sustainability is an example of this. Airlines now accept that they need a section to play in creating a ‘greener’ world. In the same way, the industry must clearly say that it also has a part to play in creating a healthier world. With more proactive in demonstrating responsibility, the industry can seem more trustful so the consumer can trust them more and feel comfortable. That responsibility does not end when a passenger leaves the aircraft (Simpliflying, 2020).

Exposure notifications on the airline ecosystem

Airlines must show their care to people by adding exposure notifications. The exposure can be anything, regarding emergency or exposure regarding the health protocol since we are in a pandemic. Also it will be better if they also demonstrate how to avoid it. Prepared some equipment like hand sanitizer or whatever we need in a pandemic once the announcement about it comes out. With all these bankruptcies, it makes us learn that if this happens again, we have to urgently prepare it all fast so we can show how care we are to consumers and are comfortable using our facility.

Yet, in the past, for the foremost part, airlines have not built exposure notifications into their ecosystems. To require only one example – at the top of August, 200+ passengers on a flight from Crete to London Luton and had to be found contained after a group of teenagers subsequently tested positive.

In these situations, time is clearly of the essence. Exposure notifications like always wash your hand and use hand-sanitizer also wear the mask because the airlines’ effort to avoid the spreading will be one example. The longer you let people out into the broader community who could be infectious, the more a disease spreads. By integrating exposure notifications, airlines can demonstrate a high level of customer care and (going back to the primary point) responsible corporate citizenship (Simpliflying, 2020).

Get serious about testing

Testing has evolved considerably since March, but we are still not at the purpose where we have tests that are cheap, fast, and accurate. Yet, some within the industry even attempt to push rapid antigen tests because of the key to allowing large numbers of individuals to fly again. Given the problems around antigen tests detecting asymptomatic and pre-symptomatic people, this is often not a viable solution for COVID-19-safe flying.

There is a task for rapid antigen tests but as a second and not primary line of defense. A multiple-test system like this sounds onerous and expensive, but it does not get to be. Meanwhile, there are testing technologies in development, for instance, breath tests that need no lab capacity. In the future, it must be better if there is some innovation in the method of the test and it would not be a bad thing for airlines to locate and invest in many test companies (Simpliflying, 2020). However, it can make the airlines seem more responsible and careful and also it seems like the airlines put the consumer’s health to be their priority.

COVID-19 outbreak has been a difficult time for the aviation industry. In June last year, Airbus was announcing 15,000 jobs cut worldwide to rescue itself. Many big-name airlines, including LATAM, Virgin Australia, Flybe, or Thai Airways, could not make it. They either collapsed or went bankrupt because of the coronavirus outbreak. Surviving airlines have resorted to major government’s financial packages. Otherwise, the key factor in prolonging business longevity is their “reserve cash”.

The modern business model tends to offer importance to revenue growth even when it does mean that more debt is on the table. Without this saving, bankruptcy is unavoidable within only a matter of weeks as the fixed charge to take care of an aircraft fleet, and highly-skilled workforce is so high. Any helping financial measures from outside are understood to get in their way, but a hard and fast timeline is way from certain. Finally, savings are important to every individual facing the uncertainty during this challenging period (AJTRE, 2020).

Collaborate of the Aviation market

As many countries have eased the lockdown because of the controllable situation, domestic flights are restarting. International flights within the European Union (EU) are allowed and resumed because of harmonized aviation regulations. The impact from COVID-19 is strongly felt in countries with minor domestic aviation markets, like Singapore, for instance. The only domestic market that is not economically sufficient for many world’s airlines is including Thai airlines, as international flights structure an outsized sum of their annual revenue.

However, a more collaborative and standardized economics system would help accelerate any future setback recovery process. ASEAN Economic Community (AEC) is a perfect platform to be developed. Unfortunately, the connection from member states towards AEC became questionable in recent years. With a more developed AEC, a travel bubble within ASEAN would be much easier to determine – consequently, the ASEAN aviation industry’s impact would be much quicker to be alleviated (AJTRE, 2020).

As happened in March 2020, the complete aircraft fleet grounding is the last item an aircraft manufacturer also as an airline wants to happen again. The entire suspension caused an excessive amount of financial impact to the world’s aviation industry. They are working very hard to vary in people’s perceptions of aviation. By investing in technologies, including the personal app that gives travelers an accurate risk indicator instead of leaving a mere doubt without numbers like Emergency Plus, Ergo Cruz, Recycling, several individuals will return to fly to deficient risk regions.

Moreover, smoothening passengers’ experience is also key as there are already many extra measures and screening to deal with the virus spread. With these new implementations within the pipeline, the world’s aviation also will be prepared for any future pandemic, which could escape more often within the future. All of those complex works and investments are being made to ensure that the other complete grounding will never happen again (AJTRE, 2020).

Start Your Business with BRIGHT Indonesia

As one of Indonesia’s prominent industries, the aviation industry has an important role in Indonesia’s tourism industry and it will be very promising for the next few years. However, there will be more challenges to recover after the COVID-19 outbreak. To tackle the obstacles, we have to fully prepare in starting business and it might be crucial to have the right local partner.

BRIGHT Indonesia provides several services to help set aside the challenges, such as Market Insight Research, Management and Strategy Consulting, Business Partnership Engagement, and Foreign Direct Investment. The services will help your business to:

To help the growth of your company we can provide services such as providing a list of potentially suitable partners, developing corporate or business strategies, and linking your company to both private and public sectors in global FDI. With exceptional local market expertise and networks in Southeast Asia, BRIGHT Indonesia will offer excellent services designed specifically to achieve your company’s goal.