The Effect of the Korean Wave in Indonesia’s Food Industry 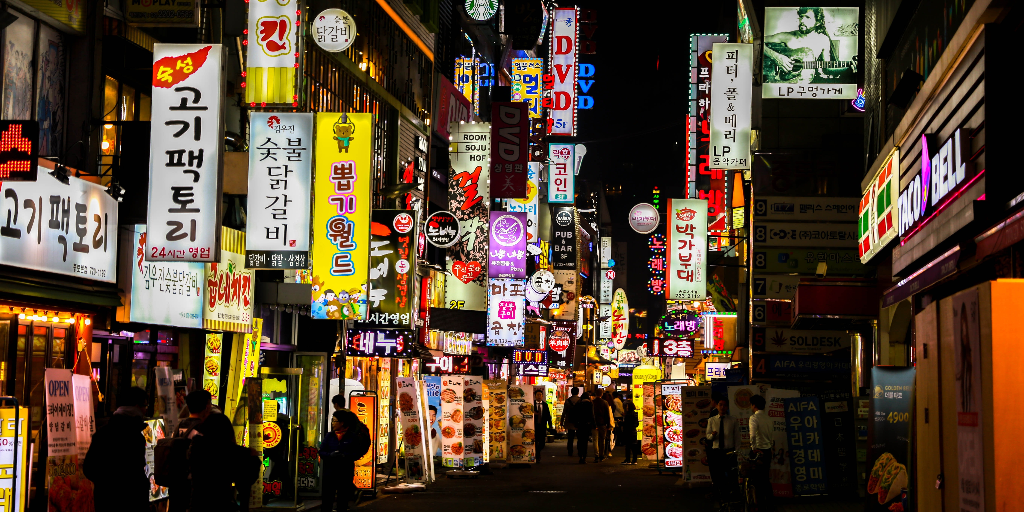 Korean culture is something that most people in the world have certainly become familiar with, with the surge of popularity amongst korean groups, such as BTS and Blackpink, everyone in the world must have heard or actually be a fan of the korean culture itself. From the food, the TV show, to the fashion trend, korean culture has taken over the world.

In Indonesia itself, we can see how popular Korea is by the phenomenon that happened not long ago. The collaboration between McDonalds and BTS was something that a lot of people all over the world look forward to, this includes the people in Indonesia. During the time that the BTS meal was served, people were crowding in every McDonalds branch, to the point that the authorities must step up. As result, BTS meal was banned in order to prevent the chaotic situations from happening.

The huge expansion of information technology as a result of globalization is the primary reason for Indonesians’ love for the Korean Wave. The Korean Wave is defined by the realm of entertainment, which includes music, theatre, and variety shows that are attractively packaged to promote Korean traditions. Over time, Korean culture is widely implemented in the daily lives of Korean culture lovers, from fashion, make-up, Korean skincare, food, speaking style, to language.

Millions of K-popers or K-pop fans live in Indonesia, which is currently the world’s fourth most populous country. After Thailand and South Korea, Twitter released a list of nations that tweeted the most about K-pop musicians in 2019, and Indonesia came in third. Indonesia is ranked second in the world for watching K-pop videos on YouTube, with a percentage of 9.9%. Meanwhile, South Korea is in first position with a percentage that is not much different from Indonesia, which is 10.1%.

The people of South Korea’s efforts to popularize their unique food products around the world have sparked a rapid expansion of the creative economy in the country’s culinary sector. People who frequently watch Korean drama films are no doubt familiar with a variety of Korean cuisine menus that are frequently featured in films, for example; kimchi, ramen, bulgogi, tteokbokki, jajangmyeon, and bibimbap.

Not just Korean dramas, according to Culinary Expert William Wongso, have made Korean cuisine famous in Indonesia. The fact is that several South Korean foods, such as Dalgona Coffee and Korean Garlic Cheese Bread, can swiftly go viral on social media during a pandemic. According to William, the Korean culinary sector is booming because the totality of the South Korean diaspora has popularized their original cuisine outside of their homeland.

In addition to that, a study by Korea Science showed that Indonesian consumers had a strong preference for ramyeon, noodles, snacks and kimchi among Korean foods. The result of this study implies that marketers in Korea food companies need to consider the consumers preference for Korean food and Korean culture when they build proper strategies for exporting Korean foods to Indonesia.

On May 26, McDonald’s launched its order meal partnership with BTS, the South Korean boy group who has been rising lately. The BTS meal contains 10 pieces of McNuggets, medium fries, coke, cajun sauce, and sweet chili sauce. It cost USD 9.68 when purchased by this Insider reporter in New York City in the medium size, while Insider’s Erin McDowell reported that the meal cost $12.29 from her local McDonald’s in the large size (Insider)

BTS itself has a large fan base. This can be seen from their number of followers on Twitter which reaches 34.5 million, and their followers on Instagram reach 43.7 million. BTS is also one of the highest-paid groups in the world.

This collaboration between McDonald’s and BTS was enthusiastically welcomed by Army, the fans of BTS. Long queues can be seen at various McDonald’s outlets in Indonesia. In addition, this menu has become a trending topic on Twitter with the hashtags BTSxMcD and also #BTSMeal. The purchase of this menu can only be made through online orders, because of that, many online transportation drivers are waiting in line to buy the BTS Meal. In addition to the long queues, the Army also hunts for BTS meal’s food packaging. Even in some marketplaces, the used food packaging is sold with fantastic prices up to millions of rupiah. Reporting from Forbes, McDonald’s BTS meal is projected to get profits up to billions of rupiah. (Kompas)

Parasite is a Korean film that won the ‘Best Picture’ award at the 2020 Oscars. This film has become the first Asian film to win the major award. Parasite raises the issue of the economic gap between the rich and the poor. One scene of this film showed how the characters cooked and ate jjapaguri. This scene ends up being viral that people are curious about the taste of jjapaguri. Many recipes of how to make jjapaguri are shared through Youtube, Instagram, Twitter, and other social media.

Dalgona is sweet candy made from burned sugar that makes a unique mixture of sweet and bitter flavors. This snack was popular back then in the era of the ’70s to ’80s.

The trend of dalgona coffee started in early January 2020, when Jung Il-woo, a South Korean actor, appeared on a television program. At that time he was in a cafe in Macau. The cafe owner served him a coffee drink that was made up with 400 times stirred sugar, then added hot water and ice cubes. That drink reminded Jung Il Woo of a snack called dalgona, from his elementary school days. Because of that, he named that coffee as Dalgona Coffee.

Since then, many South Korean public figures such as BTS and other top artists have talked about this coffee creation. In addition, social networks such as TikTok and Instagram are also playing a big role in bringing this drink to be known throughout the world. Some famous youtubers also tried to make dalgona coffee and share their recipe. The massive search for dalgona coffee in cyberspace, then makes people start to try other variations such as dalgona milo, matcha, and green tea. (Kompas)

Indonesia has a favorable economic situation, according to the Indonesian Investment Coordinating Board (BKPM), and continues to provide tremendous potential due to the country’s sustainable economic growth, political stability, big young population, expanding middle class, and abundant natural resources. To enter Indonesia’s industrial market, it is the best option for foreign businesses to have the right local partner in Indonesia.

BRIGHT Indonesia is an excellent business partner for you. On the ground, we’ll help you with everything from virtual assistants to logistical planning and communication of every aspect. It might help your organization focus on creating partnerships rather than worrying about the hassles of business travel.

BRIGHT Indonesia offers a variety of services, including Business Partnership Engagement, Management and Strategy Consulting, Foreign Direct Investment Promotion, Business Registration and Establishment, and Market Insight Research, to assist you in growing and developing your business by identifying potential partners and obtaining a work and stay permit in Indonesia. . The services will help your business to: