The breakthrough of digital internet connection in Indonesia. 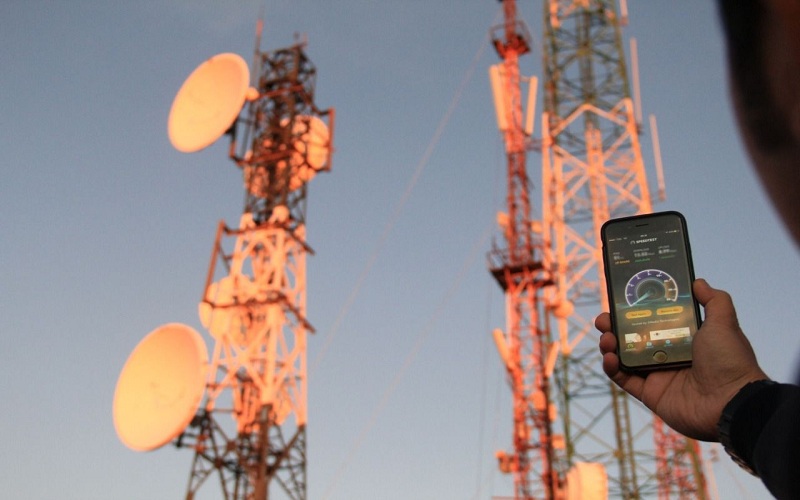 Indonesia has a goal to be in the world’s top five largest economies by 2045. To pursue that, Indonesia needs to transform and move away from a resources-driven economy to a knowledge and digital-based economy. 5G technology will play an instrumental role in the future economy. If 4G technology brings the internet from the desktops into our palms and pockets, 5G could transform the service from something we carry around to something taking us around either virtually or in reality.

How is the 5G internet network development in Indonesia? You can read this article to find the answer.

Indonesia is one of the fastest developing telecommunications markets in the world, driven by growth in mobile and fixed broadband subscriptions. Mobile subscriptions in Indonesia are expected to increase in the 2020-2025 period after a slow down in 2018. The telecommunications sector in Indonesia is likely to be a vital infrastructure service to national economies, with data infrastructure becoming critical in a connected world and will likely increasingly attract a new class of investors such as large infrastructure funds.

Indonesia’s government is also attempting to improve the internet network in the country. The government continues the completion of the Palapa Ring, the telecommunications infrastructure projects in the form of fiber optic construction, which is an ambitious initiative to install a high-speed system with 12,000 kilometers of fiber cable, to serve as the national backbone and overcome the challenges of Indonesia’s dispersed geographical layout.

The telecommunications market in Indonesiaconsists of five large network operators, such as Indosat, XL, Smartfren, Telkomsel, and 3. Those network operators are incumbent fixed-line providers with near-monopoly and the overall market underpinned by strong economic fundamentals. Indonesia itself is a country that has a large amount of internet users. Based on the report by HootSuite (social media management platform) and We Are Social (social media marketing agency), internet users in Indonesia have reached 175,4 million, with penetration at 64% in 2021. This number has increased from the year 2019, which was 17%, or approximately 25 million people.

With the growth of internet industries in Indonesia, this country is seen as a strong competitor to Singapore as the hotspot for the data center in Asia. Giant companies such as Google, Alibaba, and Amazon that are already investing in the country showed an interest in Indonesia as an alternative to Singapore, which was the focus of cloud service investment because (Intrado).

About to provide the 5G service, the Information and Communications Ministry of Indonesia has listed six provincial capitals on Java island, namely Serang, Jakarta, Bandung, Semarang, Yogyakarta, and Surabaya, as well as the new capital city in East Kalimantan, for the first phase of 5G network roll out in the country. The list by the ministry includes five locations of tourism priority such as Borobudur, Toba Lake, Likupang, Labuan Bajo, and Mandalika. The ministry said the 5G service will be expanded to other cities based on needs and demand (Coconuts Jakarta).

In May 2021, Telkomsel also launched the first commercial 5G service in Indonesia. This state-owned telecommunication operator would provide 5G service in residential areas of Alam Sutera and Bumi Serpong Damai (BSD) in South Tangerang; Pantai Indah Kapuk (PIK) and Kelapa Gading in North Jakarta; as well as Pondok Indah and Kawasan Widya Chandra in South Jakarta with potentially high consumer demand for data services. In addition, Setya Hantoro, the president director of Telkomsel stated that their focus with the 5G deployment is to have an accessible digital solution for anyone. Soon, Telkomsel will have several initiatives to develop the digital platform and services (Jakarta Post).

However, Indonesia still has its challenges in implementing 5G service, like the slow availability of the spectrum, the incompatibility of existing smartphones, and a possible price war between telecommunications operators. Other countries in the Asia-Pacific such as China, Canada, and Japan have already started to free up the mid-band spectrum and are on their way to implementing a commercial use of 5G (Jakarta Post).

Opportunities of 5G Service in Indonesia

By June 2021, the 5G network service in Indonesia will have already started in public. Many trials are already underway since 2017 and several tenders have been conducted to bid to become the pilot company to run the first 5G internet network services in Indonesia. According to Karawang New Industry City (KNIC) (2021), 13 first locations can enjoy the 5G network, which are:

According to Henkel (2021), The fifth generation of mobile network – known as 5G – the internet would bring bunches of benefits to Indonesian business players such as 100 times faster than existing 4G data transmission, the bearing capacity up to 100 times higher than the previous generations, and high-speed possibility up to 20 gigabytes per second (Gbps) which is equal to a full-length movie downloading in only 3 seconds. The opportunity of this network service in Indonesia has been actively leveraging on 5G effectively and innovatively, in several sectors such as entertainment to agriculture industries.

The fifth generation of internet networks that provide user convenience has finally arrived in Indonesia. One of the sectors that have the authority to broadcast the 5G internet networks is the telecommunication provider companies. The first provider company accepted the approved result of the Operational Feasibility Test (ULO) by Indonesia’s Ministry of Communications and Information is Telkomsel. The ULO statement for Telkomsel was released on 24th May 2021. Telkomsel asserted the service would be accessible commercially and maximize their performance through optimization of 5G networks on digital connectivity, digital platform, and digital services in Indonesia.

On another side, Indosat Ooredoo has also become one of the first two providers who broadcasted the 5G internet networks after passing the ULO test on 14th June 2021. Indosat uses the 1.8 gigahertz (GHz) frequency band, while the bandwidth is in the amount of  20 megahertz (Mhz) with a range of 1837.5 Mhz to 1857.5 Mhz. Indosat Ooredoo also mentioned that their 5G network services are also expected to help accelerate the digital transformation of Indonesian society and drive business innovation in all industries.

Meanwhile, the rest of the other Indonesian telecommunication providers are currently developing their 5G internet network services. The launching process would be considered after passing the ULO test by Indonesia’s Ministry of Communications and Information. Furthermore, the 5G internet network services would be supported by the device improvement which would come in the future.

A Breakthrough to the Future Technology

Henkel (2021) added that a fast connection internet would become a game changer for every market, industry, and company all over the world. The fifth generation of the internet network will present opportunities for companies to adopt advanced manufacturing approaches, such as the operation effectivity and efficiency improvements, the advance of the value chain in the company, and also to generate data that can be used to identify potential improvements.

The 5G internet development seemed a high leap for the technology used as people could see in the entertainment industries. In reality, the 5G network would bring a new revolution for industries and businesses and better efficiency in the company’s operation. Through this massive improvement in the communication sector, the 5G network would empower a better future to be commenced.

BRIGHT Indonesia is an excellent business partner for you. On the ground, we’ll help you with everything from virtual assistants to logistical planning and communication of every aspect. It might help your organization focus on creating partnerships rather than worrying about the hassles of business travel during the business entry preparations.

BRIGHT Indonesia provides several services to assist the market entry of the challenges in digital communication in Indonesia such as  Market Insight Research, Foreign Direct Investment Promotion, Management and Strategy Consulting, and Business Partnership Engagement. The services will help your business to:

To help the growth of your company we can provide services such as providing a list of potentially suitable partners, developing corporate or business strategies, and linking your company to both private and public sectors in global FDI. With exceptional local market expertise and networks in Southeast Asia, BRIGHT Indonesia will offer excellent services designed specifically to achieve your company’s goal.