The Opportunity of the Bike Industry in Indonesia

The rise of cycling trend in Indonesia, the opportunities that followed, and Covid-19 impact 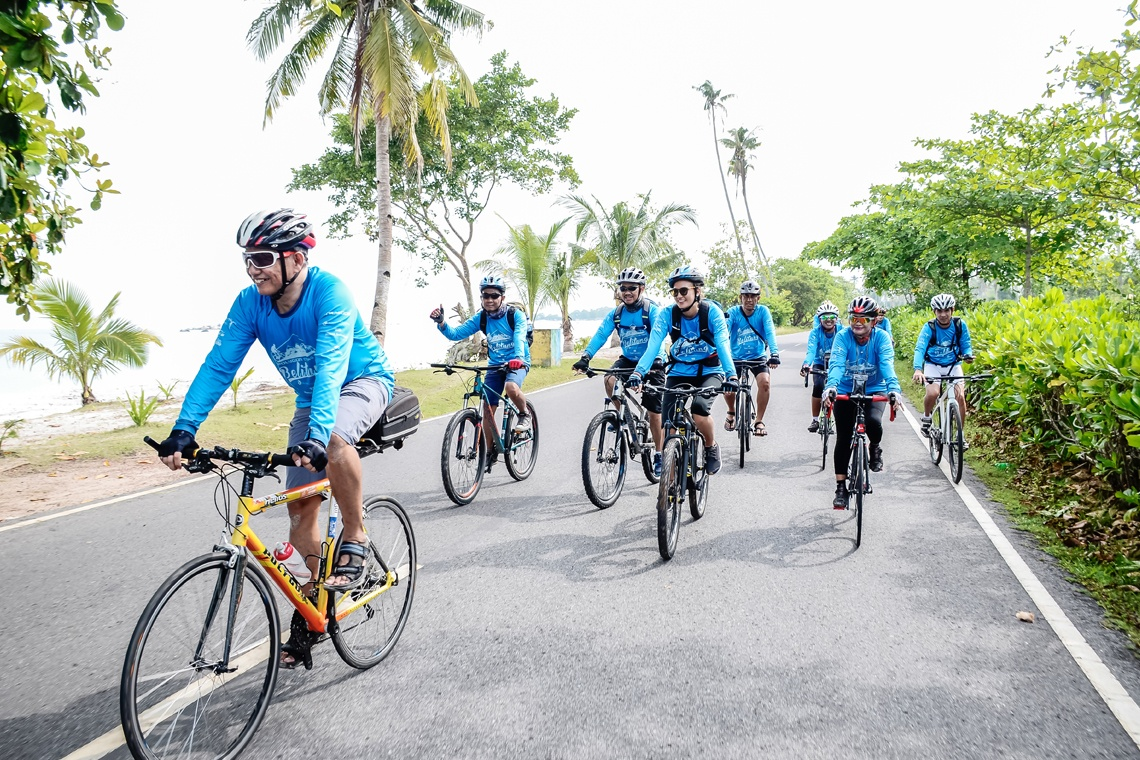 Indonesia’s bicycle industry is currently making high profits as the cycling trend has become very popular since the COVID-19 pandemic. Secretary-General of the Indonesian Bicycle Entrepreneurs Association (Apsindo), Eko Wibowo said since the large-scale social restriction (PSBB) was implemented in April 2020, the surge in bicycle sales has almost quadrupled. He also explained that 60% of the market today prefer folding bikes, 30% for mountain bikes, and the rest prefer other products such as city bicycles and children’s bicycles.

Learn more about the bike industry and Indonesia and how COVID-19 making an impact in the industry through this article.

Overview of the Bike Industry in Indonesia

Indonesian Cycling Industry Association (AIPI) chairman Rudiyono said that the purchases of bicycles are still dominated by imported products rather than local products. In a year, Indonesia can import up to 7 million bicycles while only producing around 2.5 million of them.

There are some import brands that are popular in Indonesia, the following are from 3 various brands:

A bicycle with a specialized brand is one of the many imported bicycle brands found on the streets. Specialized, which has been in business since 1974, now offers a wide range of products for as little as USD 400 (approximately IDR). 5.5 million people. The S-Work Roubaiix is the most expensive specialized bicycle model, costing USD 12,000 or approximately IDR 167 million.

Since 1997, the Belgian bicycle manufacturer has been in business. Ridley Noah also has a distributor in Indonesia, with locations in North Jakarta, South Jakarta, and Depok. Ridley Noah’s most affordable model is the Helium Sla Rim, which costs EUR 549 (approximately IDR 8.5 million). Meanwhile, the most expensive model is the Noah Fast Disc Superrecord 12SP, which costs EUR 8,999 (approximately IDR 140).

Brompton folding bikes that were previously crowded, including one of the outer manufacturer’s bicycles that was in high demand in Indonesia. Brompton was founded in 1975 and now has distributors in many countries, including Indonesia. There are several types of electric bikes belonging to Brompton including E-Bike M6L Bolt Blue Lacquer – 6 Speed, E-Bike H2L White – 2 Speed, E-Bike M2L Bolt Blue Lacquer – 2 Speed, and E-Bike M6L Black – 6 Speed. The cheapest price offered is starting from IDR 21,398,000.

As mentioned above, there are a lot of foreign bicycle brands that are popular in Indonesia. Nevertheless, there are Indonesian bicycle companies that are thriving and have distributed their products abroad. Namely, a few of those companies are:

One of the domestic bicycle industries of the United Bike brand is flooded with requests. This was marked by increasing sales since June 2020 doubled compared to the previous months.

In the normal situation, United Bike produces 600 thousand bicycle units per year. However, by soaring demand, production capacity was gulped with a maximum of up to one million units per year.

PT Insera Sena (Polygon) is a bicycle manufacturer. The company produces various types of bicycles, such as City Bikes variants, trekking, mtb (mountain bike), full suspension, hard-trail bikes, downhills, BMX, and others. The overall production percentage is 65% for MTB bicycles, 30% for trekking, and 5% for other types of bikes.

Over time, 90% of Polygon products are then exported to European and US countries. There is also a total of 10% for domestic consumers.

By prioritizing authenticity, originality, and quality, Polygon has been distributed in 500 outlets spread across various parts of the world and distributed to 33 countries.

For this reason, the Company plans to increase the factory capacity in order to widen the market. “We will expand in 2021 to increase land and enlarge the factory, seven we want to be in the direction of exports,” he told business on Monday (7/9/2020).

However, Hendra has not disclosed the specific target of increasing production after expanding later. Certainly now the manufacturer is able to produce bicycles around 800 – 1,000 units per day depending on the level of complexity.

The pandemic increased the number of bicycle users worldwide, not just in Indonesia. Strava, a fitness app that tracks physical activity and sports, tracks increased cycling trends during pandemics. Strava reported that cycling activity in the world increased by up to 8.1 billion miles in 2020. Cyclists traveled more than 5.6 billion miles in the previous year.

For a city with a COVID-19 red zone like Jakarta, society needs to maintain physical and mental health. Cycling is seen as an alternative way to other sports, remembering and reducing the opening hours of public sports areas. In addition, cycling is proven to be effective in maintaining health by adhering to health protocols by keeping a distance.

The surging demand for bicycles both domestically and internationally could not be separated from the Covid-19 pandemic. The community takes another look at a healthy lifestyle that includes regular exercise.

The Chairman of the Indonesian Bicycle Industry Association (AIPI), Rudiyono said that the average increase of bike sales in Indonesia may be around 30% compared to sales in the same period last year. The increase occurred at the end of April 2020 when the government began to loosen the Large-Scale Social Restrictions (PSBB) policy.

“The increase in Indonesian bicycle exports is influenced by a healthy lifestyle trend, especially with cycling better known as the bike boom that is happening in various parts of the world during the pandemic period,” Winston, Public Relations of the Indonesian Export Financing Institution (LPEI), explained.

The Prospects of the Bike Industry in Indonesia

The future of the bicycle market in Indonesia looks promising with opportunities in the fields of road/standard bicycles, MTB/racing bicycles, children’s bicycles, and e-bikes. Increasing awareness of health among people, increasing concern for the environment, increasing traffic congestion, and government schemes to promote cycling are the main growth drivers of this market. Especially when the pandemic came and large-scale social restriction (PSBB) was enforced, trend of cycling has spread in some urban communities. Abby Kahuna, Bike to Work Co-Founder said that the impact of easing the PSBB made the number of people working on bicycles to increase three to five times compared to before the pandemic.

The increasing trend of cycling has a direct impact on the dynamics of the bicycle industry, including the increasing use of folding electric bicycles and increasing demand for bicycles.

In this market, road/standard, MTB/racing, kids’ bikes, and e-bikes are some of the main segments of the bicycle industry. Especially in e-bikes, this type of bike is popular in many countries as a green transportation mode.

The Central Statistics Agency (BPS) also noted that the value of bicycle imports during the first semester of 2020 jumped to 24.82% on an annual basis or year on year compared to the same period last year. The import value increased by USD 7.76 million compared to the first semester of 2019 of USD 31.26 million. With the increasing value of bicycle imports, there are opportunities for foreign companies to distribute their bicycle products to Indonesia.

In 2020 it became the year of the rise of the bicycle industry, several manufacturers received a big blessing, especially in terms of increasing sales many times. Seeing this opportunity, one must be quick and take action right away to gain the benefit from the industry, but they also need to understand the market.

To enter Indonesia’s bicycle industry, it is crucial to have the right local partner. BRIGHT Indonesia provides several services such as Market Insight Research, Business Partnership Engagement, Business Registration and Establishment, and Management and Strategy Consulting that can help you in expanding, developing, and improving your business. We can register and establish your products and company, as well as obtain the work and stay permit in Indonesia (expatriates utilization plan (RPTKA), expatriates utilization permit (IMTA), limited stay permit (KITAS)) easier.

Our strategy consulting services domain focuses on supporting private sector clients with comprehensive and specialized development regarding the company’s needs and also on the public sector for a broader scope.

*This article is written by @Candy Bestari, @Debora Septenia