Knowing more about digital banks in Indonesia and foreign digital banking that started their operations in the country. 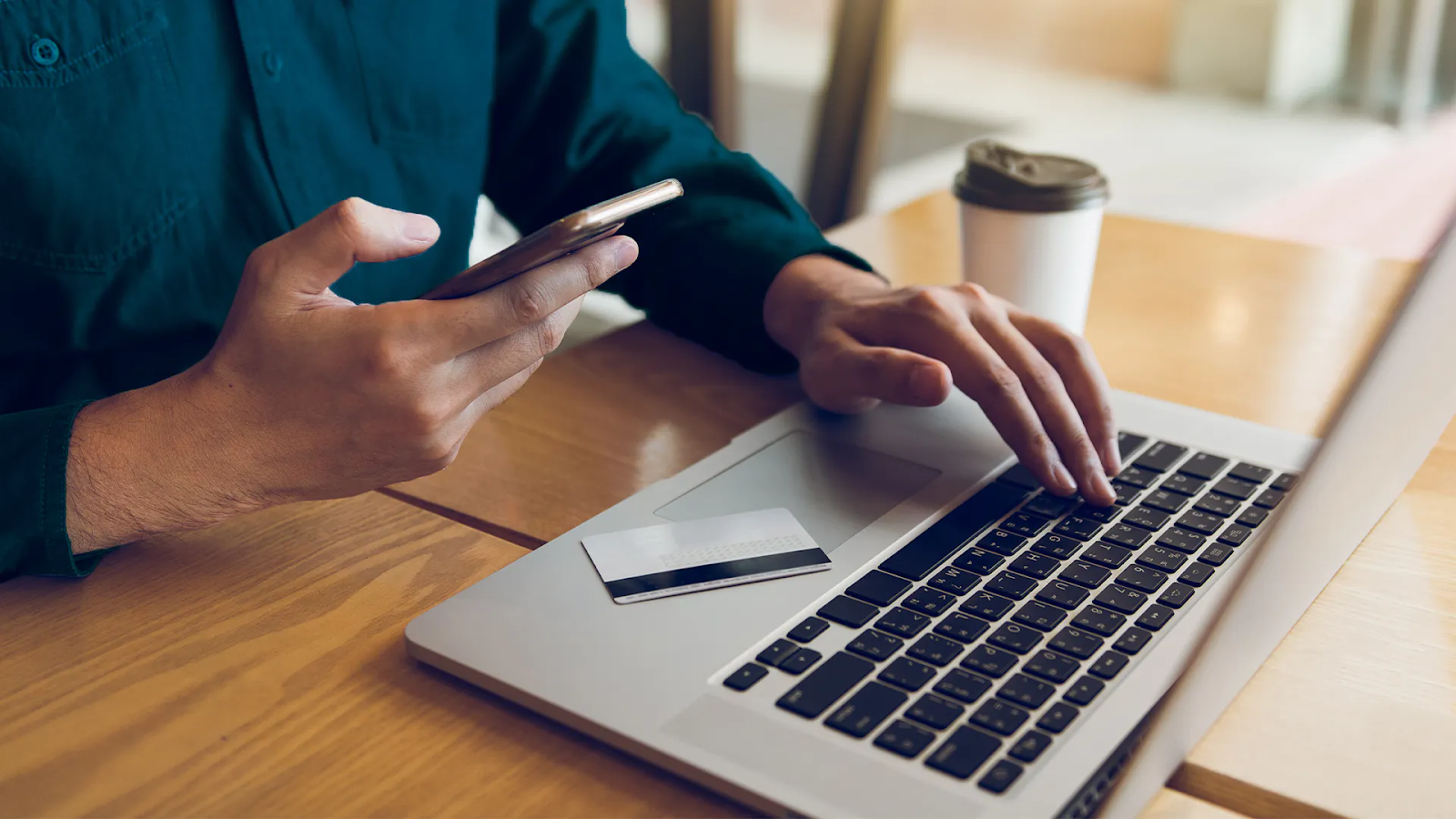 Digital bank is a bank that combines online and mobile services. Online services allow customers to access banking features, such as loans and credit cards submission through the bank’s website from a computer or laptop. Meanwhile, with mobile banking services, customers can use applications from banks to access banking features via mobile devices. One of the advantages of digital banks is that customers can access more financial services than conventional banks.

In Indonesia, several banks want to establish a subsidiary in the form of a digital bank. The Financial Services Authority (OJK) noted that there are at least seven banks that are preparing to become digital banks. Within this article, learn more about digital banks in Indonesia and the opportunities for foreign digital banks to expand their services into the country.

In 2017, the World Bank estimated more than 95 million people in Indonesia do not possess bank accounts. However, 60 million of the populace have mobile phones, which represents a large untapped market to offer digital financial services. Online payments in the private sector alone could increase bank account ownership by 29%. Indonesian people who live in rural areas are far from the nearest physical bank or ATM. They have to travel long distances to withdraw cash or to get other bank services. With digital banking, rural Indonesians will be able to access easier payments and more financial services.

There are two types of digital banks in Indonesia. The first type is digital banks that are introduced by commercial banks, such as Jenius and Digibank. The second type is a digital financial institution settled by companies after the acquisition of local or commercial banks, these online banks are also known as neobanks. Analysts assume that there will be more tech companies that will enter digital banking in Indonesia. Analysts also expect neobanks will provide financial services and provide credit within the retail as well as the micro, small, and medium enterprise (MSME) segments.

The existence of the foreign digital bank in Indonesia has already emerged these several years. However, until the end of June 2021, the Indonesian Financial Service Authority (OJK) already finished the regulation arrangement for digital banking and is currently under supervision by Indonesia’s Ministry of Law and Human Rights Affairs due to regulations harmonizations. The regulations are often asked by the public due to some distinction between conventional banking and digital banking, for example, the difference of the changing of business model between both types of banking in Indonesia.

Foreign digital banking in Indonesia would bring plenty of benefits and potentials to Indonesia. Indonesia itself consisted of an archipelago where some of the regions obtained the geographical challenges to establish a conventional bank and required high connectivity and accessibility everywhere. In addition, the Covid-19 pandemic pushed people to do transactions through digital platforms. Furthermore, the customers of banking would be frequently accessed by people under 35 years old – millennials and generation Z – that realized the effectiveness of cashless and digital banking. Here are foreign digital banks that have started their operations in Indonesia.

Funding Product and Digital Marketing Head of KEB Hana Bank,  Hilda Limyanton added, the LINE Bank registration process is relatively accessible. The customers do not need to reach the nearest bank, only need to show their ID card, smartphone, and an internet connection to access the registration services of LINE Bank. The card would be posted to the customer’s address and already activated and ready to be used. Recently, LINE Bank’s digital banking service is still limited in several regions in Indonesia, but furthermore, digital banking would keep improving the service and the reach throughout Indonesia.

The customer numbers of LINE Bank in Indonesia are still increasing, until June 2021, LINE Bank has already reached 2 million account users spreaded in Taiwan, Thailand, and Indonesia. However, the partnership between LINE Corp. and KEB Hana Bank that happened in Indonesia would lead to LINE Bank acquiring 20% of Hana Bank through a share subscription agreement. Meanwhile the impact on the Indonesian economy, LINE Indonesia would enter the competitive Indonesian market in digital saving applications with no-fee transfers and withdrawals and no monthly admin fee, and easy access on LINE Bank application and LINE messenger platform.

Digibank digital banking has officially unveiled and launched first-of-its-kind mobile banking in Indonesia in August 2017. Digibank in Indonesia became a revolutionary offering to access the bank services through the digital platforms on smartphones to provide customers with a new banking experience in Indonesia in 2017. Digibank services would include the savings and loans to credit cards and investments program which the beneficiaries might be customized based on Digibank’s product packaging necessities that could be chosen by the customers.

Along with the development of Digibank digital banking in Indonesia, Digibank has already boosted the individual customer credit service as a component of the credit market in 2019 through the launching of the non-collateral credit (KTA) system in Indonesia. Talking about the registration process in Digibank, DBS bank has already pushed the paperless registration that allows customers to open an account by filling the data on Digibank application and set an arrangement meeting with the DBS bank to validate the biometric data.

For the customers, according to VOI (2020), in 2020, Digibank already has 600,000 customers around Indonesia and still counting to be increased. Digibank targeted 3.5 million new customers in upcoming years, and DBS would also focus on the emerging affluent market segment, which have a positive impact on the managed fund company because of good financial planning.The benefits that Digibank provides to its customers include the hassle-free banking system that is based on artificial intelligence (AI). In conclusion, the benefits of Digibank would be accessed by their customers regionally, especially in Indonesia and Singapore.

TMRW by UOB also created a collaboration with GoPay by GoJek to attract their customers during the registration process. The benefits of TMRW by UOB would be some packaging based on their customer’s needs and they set free of charge administration fee for digital banking service. TMRW also provided a virtual game for their customers as an additional feature where customers can save while building a virtual metropolis in their platform.

According to Finansial Bisnis (2021),  the customer numbers of TMRW in Indonesia have already reached 500,000 active customers in June 2021 and  remain increasing due to their launching in 2020. However TMRW targeted 3-5 million news customers in the Southeast Asian market in upcoming years, which consist of young executives and professional families aged 25-39 years. In addition, TMRW performance in digital banking created an impact in Indonesia to become the Best Digital Bank in Indonesia at The Alpha Southeast Asia 2020 Awards. This award led TMRW to be committed to improving a better service for their customers in Indonesia.

The emergence of digital banks in Indonesia is expected to alter the banking industry’s landscape, since there are hundreds of millions of people in Indonesia who are currently unbanked. On the other hand, Statista estimated the number of smartphone users in Indonesia will reach 210.04 million users in 2021. Statista also projected that  89.2% of the population in Indonesia will have used smartphones in 2025. Government also claims that 4G technology will cover 80% of Indonesia’s territory, so that society can access internet services. Since the lack of ATMs in rural areas, digital banks are needed for someone who wants to access bank services. This is a huge opportunity digital banks have.

COVID-19 pandemic also has triggered the acceleration of digital use, proven by Indonesian National Bureau of Statistics report that recorded growth of 10.58% in the information and communication technology sector in 2020 in Indonesia. Social restrictions cause people to maintain study, work, and carry out various activities from home. It is also the same with the financial sector. All banks go digital by improving their existing services, or by collaborating with a number of fintechs. Various banking activities such as transactions and payments are carried out electronically or digitally, with the help of technology.

Heru Kristiyana, the Chief Executive of Financial Services Authority (OJK) in Banking Supervision said that banks must have a capital of IDR 3 trillion to IDR 10 trillion to implement a fully digital bank.

From Heru Kristiyana statement, there are some other terms to open a digital bank in Indonesia:

In addition, the Covid-19 pandemic also forced people to optimize the cashless system to prevent the transmission of the disease. Meanwhile, the next generations including millennials and generation Z of Indonesia are aware that digital banking would bring effectiveness and efficiency to our working system. Hence, foreign digital banking is encouraged to have the right local partner in Indonesia.

BRIGHT Indonesia would help foreign digital banking to enter the Indonesian market through our services such as Business Partnership Engagement, Management and Strategy Consulting, and Foreign Direct Investment. The services will help your business to:

This article is written by Galih Akmal Latif and Debora Septenia