The Future of the Infrastructure Industry in Indonesia’s New Capital City, Nusantara

What are some of the promising prospects of the new Indonesian capital city? Read more to find out! 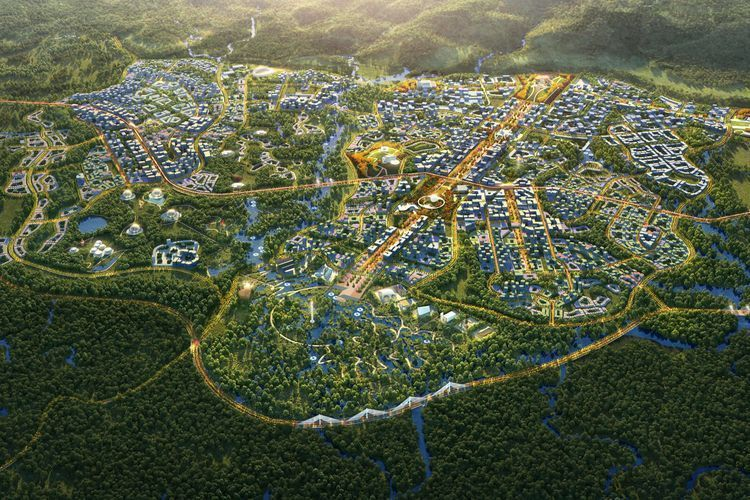 Indonesia’s infrastructure sector brings positive prospects in the future. It is estimated to grow at a CAGR of approximately 3% during the forecast period. The Indonesian government had also increased its infrastructure investment needs by USD 429.7 billion, a 20% increase from 2015-2019. Indonesia has several key market trends on its infrastructure. Among them include an increase in the value of civil construction and government infrastructural development plans.

The Indonesian government is currently on the process of moving Indonesia’s capital city to Kalimantan, which is going to be known as the IKN (Ibu Kota Negara baru, Nusantara). With this huge infrastructure project, it provides huge opportunities for countries and private businesses to put in investments.

What do you think are the opportunities of IKN? How will it affect the Infrastructure sector? Read this article to find out more!

For context, the idea of moving the IKN was first proposed by President Soekarno on 17 July 1957, in which he wanted to move the capital city of Indonesia to Palangkaraya due to the fact that it is in the middle of Indonesian islands and the strategic location. The 6th Indonesian President, Mr. Susilo Bambang Yudhoyono also proposed the movement of the capital city due to the traffic and flooding that happened in Jakarta. However, this was finally realized by Indonesia’s 7th President, Mr. Joko Widodo (Jokowi) on the 29th of April 2019.

As of now, the capital city is still in progress and is still in the process of finding investors from foreign countries and private companies. The Indonesian government had claimed that there are alot of investors who are interested in the development of IKN in East Kalimantan. In addition to that, the head of authority of IKN Bambang Susantono had started offering foreign countries since August 2022, so up till today, the capital city is still accepting investors from different countries or parties. In addition to that, the Minister of Investment Bahlil Lahadalia said that the country had already received IDR 299.5 trillion for the funding of the capital city.

The government of Indonesia had also promoted an internal rate of return as big as 10% for investors trying to invest in IKN in order to attract more inventors. The funding of the capital city will be 20% from APBN and 80% from non-APBN with a scheme of foreign investors in and outside the country.

When building a capital city, it is important to also build the infrastructure surrounding it. Two toll road projects in East Kalimantan had been executed with 19 contract of infrastructure development. Those two projects are the IKN Segmen KKT Kariangau-Simpang Tempadung toll road and the IKN Segmen Simpang Tempadung-Jembatan Pulau Balang toll road. In addition to toll roads, the Indonesian government had also created collaboration with a European country on cable cars.

In accordance with this development, the government of Indonesia aims that the movement of IKN has a deeper meaning to it, which could be a big effort in creating economic transformation in Indonesia.

It is stated earlier that IKN had already several foreign countries investing. Among them include:

Coordinating Minister of Maritime and Investment Luhut Binsar Panjaitan stated that one of the biggest contributors of funding for the IKN is UAE (United Arab Emirates). The UAE had invested approximately USD 20 billion through the Indonesia Investment Fund. The process was also done modernly so there are no such things as hidden debt.

Ministry of Transportation Budi Karya Sumadi had visited Austria to discuss the opportunities of collaborating in the transportation sector in IKN, mainly focusing on the development of cable cars in the IKN. When he visited Austria, he supervised the system of the development of the cable car and also gave him insights on the technology that has been developed by Austria.

The Government of Indonesia through the Ministry of Public Works and Public Housing continued and strengthened cooperation with South Korea which was marked by the extension of the Memorandum of Understanding on Technical Cooperation on the Transfer of the Capital and the Development of the Archipelago IKN. The forms of cooperation that will be carried out include exchange of information, sharing of experience, knowledge, and technology.

It would take a lot of in-depth research about Indonesia’s new capital city. In order to enter the Indonesian market, you would need the right local partner to assist you.